We are accepting new clients. We're also offering video conferencing.
When Results Matter Contact Us for a Free Consultation

Representation for Criminal and Family Matters in Volusia and Flagler Counties

It can be stressful and even terrifying to be accused of a crime. You may be concerned about your future as well as your family's future. Life-changing issues also can arise during a divorce or related proceedings. Both criminal defense and family law matters should be handled by an experienced and skillful attorney who understands the importance of using strong strategies that work in the unique circumstances of your case. If you are looking for reliable legal advice from a seasoned trial attorney in the Daytona Beach area or elsewhere in Volusia County or Flagler County, call the Law Office of Genine Ann Mejia. Many attorneys would rather cut a deal than take the risk of going to trial. By contrast, Volusia County criminal lawyer Genine Ann Mejia prepares each case for trial and does not back down when advocating for a client’s rights.

Crimes can be charged as felonies or misdemeanors. What must be proven depends on the particular crime at issue. For example, a prosecutor trying to prove drug possession must establish certain elements beyond a reasonable doubt. These include the illegal nature of the controlled substance, the defendant's knowledge of the drug, and the defendant's control of the drug. The seized drug must be tested by a lab in most cases to establish that there is no doubt that it is a prohibited controlled substance. The prosecutor will need to establish that you knew or should have known that the drug was present and that it was illicit. The prosecutor will also need to show beyond a reasonable doubt that you had control over the presence and location of the controlled substance.

All criminal charges must be established beyond a reasonable doubt, which is a tough standard. Even so, it is important to retain a capable criminal attorney in Volusia County to represent you. Florida has many harsh laws, and certain crimes, such as drug trafficking, carry mandatory minimum sentences. There are constitutional, procedural, and substantive defenses that may be available. The appropriate defense to raise depends on your specific circumstances.

In Florida, you can be charged with DUI if you are operating a car with a blood alcohol concentration of at least .08%, or if you are impaired while driving as a result of consuming alcohol, drugs, or both. The former charge is called a per se DUI. Generally, the outcome of a chemical test may be admitted to establish blood alcohol content if the police test a DUI suspect within a reasonable time after pulling a suspect over. There are constitutional defenses that may be available in a DUI case. For example, perhaps the police did not abide by your Fourth Amendment right to be free from unreasonable searches and seizures. In other situations, it may be appropriate for a Volusia County criminal attorney to try to plea bargain to get the charge reduced to a wet reckless charge.

Violent crimes in Florida include rape and other forcible sexual offenses, murder, aggravated assault, aggravated battery, and robbery. Prosecutors take these crimes very seriously. However, there are strong self-defense laws in Florida that permit the use of deadly force or non-deadly force under certain limited circumstances. Under Florida's Stand Your Ground law, you can be justified in using deadly force if you reasonably believe that the force is needed to stop the imminent commission of a forcible felony or to stop imminent death or great bodily harm to yourself or someone else. Using deadly force can also be justified if you are resisting somebody who is trying to murder you or perpetrate a felony upon you. You can also be justified in the use of non-deadly force in self-defense. A Volusia County criminal lawyer can explain the scope of your rights and determine which defenses may apply.

There are many types of traffic offenses that may be worth fighting. Common traffic citations include reckless driving, speeding, failure to yield, driving on a suspended license, driving with expired plates, or leaving the scene of an accident. Intent is not a consideration in traffic cases. Instead, the focus is on whether you committed the violation. If you pay the ticket, this is the same as pleading guilty. Depending on the type of offense and other factors, it may be important to fight a traffic offense to keep points off your license and keep insurance premiums down.

Family law matters can become heated. Couples may quarrel over property distribution, child custody, child support, alimony, and other important matters. Hiring an experienced attorney can be important. It may be possible for the spouses to work out an agreement with the help of attorneys. We also handle adoptions, modifications, mediations, and uncontested and contested divorce.

In order to file for a divorce in Florida, either your spouse or you must have lived here for a minimum of six months before filing. A divorce petition can be filed with the circuit court in the county where the petitioner lives. If the other spouse answers or counter-petitions with allegations that deny or disagree with what is alleged in the petition, the petitioning spouse can file a notice for trial and go forward with a contested divorce. There are two grounds for divorce in Florida, but a divorce most commonly is sought on the basis that the marriage is irretrievably broken. This is often known as a no-fault divorce.

If you are facing criminal charges or a family law matter, it is important to obtain strong legal representation. You should hire an attorney who can skillfully negotiate when appropriate and who is not afraid to take your case to trial when needed. Call the Law Office of Genine Ann Mejia at (386) 463-0849 or contact us via our online form to discuss your situation with a criminal lawyer in Volusia County or get assistance with a family law or divorce matter. 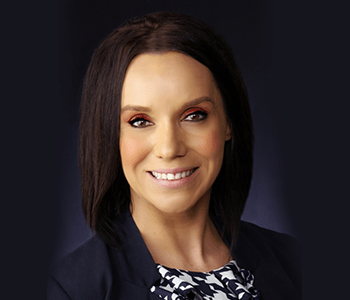 VIEW MORE
Client Reviews
★★★★★
There is so much I can say about Genine Mejia first she is a fantastic lawyer and a great person. I had a difficult case and she handled it with ease. She constantly kept me up to date and went to the limits to get a great outcome. If anyone out there is looking for a top notch attorney Genine Mejia is your go to person. I can’t thank her enough for all the help and support she gave me Arlene M.
★★★★★
Genine was recommended and available from the first contact. She was professional and reassuring through the entire experience. The fees charged were entirely reasonable. I would retain her services again in a minute! Thanks Genine! Sue A.
★★★★★
Genine handled a dui case for us. She is knowledgeable, compassionate and always treated us with respect. She is quick to address any concerns that you have and literally with you every step of the way. Love this lady! Lori S.
View More
Submit a Law Firm Client Review
Contact Us