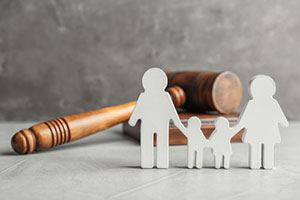 Custody in Florida is comprised of legal custody and physical custody. Legal custody involves a parent’s ability to make big decisions about a child’s schooling, health care, welfare, and religion. Physical custody refers to which parent is physically living with the child. In Florida, joint legal custody is favored, except when this could harm or adversely affect the child. There are situations in which one parent may be granted sole legal custody or in which it might be better for a child to live at one parent’s house primarily and have visitation with the other parent.

Florida courts determine child custody according to the child’s best interests. Judges will evaluate each situation to determine what an individual child’s best interests are. Generally, children are believed to benefit from keeping frequent contact with both of their parents and having both of their parents play a role in important decision-making. Neither of the parents has a greater right to custody. A judge can evaluate any factor that is considered relevant to parenting. A child custody attorney in Volusia County can explain which factors may be especially important in your case.

However, if joint legal custody would be harmful or deleterious to a child, a judge will not grant joint legal custody. Furthermore, any custody or visitation could be lost as a result of a parent’s domestic violence, sexual violence, abuse, neglect, or abandonment. Alternatively, a judge may order supervised visitation with a child. The court may consider evidence that a parent is not well physically or mentally, or that a parent has a substance abuse problem, when determining child custody.

Courts expect parents to be willing to put their child’s needs ahead of their own. It is very important for each parent to encourage a positive relationship between the child and their other parent. Your ability to make reasonable adjustments and honor a time-sharing schedule will be considered in a child custody determination. Furthermore, your knowledge about your child and time spent with your child will be relevant to a custody determination. This means that courts will consider evidence that a parent knows or does not know a child’s doctors, teachers, and friends, as well as whether they have participated in a child’s extracurricular or school activities. A Volusia County child custody attorney can help gather and present this evidence. A parent’s capacity to provide and stick to a child’s routines and schedules will also be considered. An arrangement should provide a child with stability. When judges believe that children are mature and old enough to make appropriate choices, they may allow children to state their custody preferences.

In Florida, it is necessary for parents who share child custody to have a written parenting plan. The parenting plan needs to set forth how the parents will share responsibility for parenting tasks like taking the child to school or activities. It should set forth a time-sharing schedule, including details about how the child will be transported to and from each parent’s home. It should specify the address for activities, including school registration, and it should specify which methods will be used to communicate with the child when the child is with the other parent. It should designate who is responsible for health care considerations, school issues, and religious matters.

Explore Your Options With a Child Custody Lawyer in Volusia County

Your spouse or co-parent and you may be able to negotiate an appropriate parenting plan for your child with the help of an experienced family law attorney. If you are concerned about a child custody matter, you should call the Law Office of Genine Ann Mejia. Ms. Mejia is a compassionate and skillful attorney. She has the experience and strategic abilities to take a child custody matter to trial if necessary. We also represent parents in Flagler County. Call us at (386) 463-0849 or complete our online form.