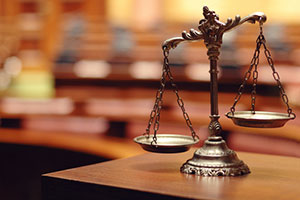 If you have been arrested for domestic violence, you should take the charge seriously. Your freedom, livelihood, and family relationships may hang in the balance. Volusia County domestic violence lawyer Genine Ann Mejia provides strong legal representation to people accused of these crimes. She understands that the situation is often more complex than it appears to law enforcement, and she is ready to tell your side of the story.

In Florida, domestic violence is perpetrated against the perpetrator’s family or household member. A family or household member is a spouse, ex-spouse, co-parent, blood relative, or relative by marriage. Domestic violence can also be perpetrated against someone with whom the perpetrator cohabitates or used to cohabitate, or against someone with whom the perpetrator has or has had a dating relationship. In order to be considered as “dating” or formerly dating, the purported perpetrator and the purported victim need to have been engaged in a romantic, intimate, or sexual relationship.

Many different crimes can count as domestic violence under Florida law if the requisite relationship exists between the perpetrator and the victim. These crimes include battery, aggravated battery, assault, aggravated assault, sexual battery, stalking, aggravated stalking, kidnapping, and others. The particular circumstances and facts will determine what the charge is. If a gun is involved, there may be a sentencing enhancement under the Florida 10-20-Life Law, depending on what the underlying crime is.

What must be shown depends on the particular crime that is alleged to be domestic violence. A domestic violence attorney in Volusia County can explain the elements that the prosecution needs to prove. For example, you can be charged with aggravated assault if you threaten to commit violence against a family or household member with either words or acts. The prosecutor must be able to show that you had the apparent ability to carry out your threat, and your act must have put someone else in a well-founded fear of imminent violence.

Under Florida law, a perpetrator of domestic violence, if convicted, will need to serve a minimum of five days in county jail. The court can also sentence a convicted offender to spend time in Florida state prison. State laws can also allow the court to issue a sentence of probation or community service. State prosecutors can charge people who perpetrated domestic violence with other crimes established under Florida law. How the crime is charged can affect the penalty. For example, when domestic violence is charged as misdemeanor assault, the penalties will be less severe than if it is charged as aggravated assault, a third-degree felony that can result in up to five years in prison.

There are many defenses that may be appropriate in a domestic violence case, depending on which violent crime is at issue. Sometimes a Volusia County domestic violence attorney may be able to argue self-defense. In certain situations, the Stand Your Ground law may apply. Under Florida Statutes section 776.012, someone is justified in using deadly force and does not have an obligation to retreat if that person reasonably believes that force is needed to stop imminent death or great bodily harm, or to halt a forcible felony from being perpetrated imminently. This defense also may apply if someone acted under certain circumstances in response to a home or vehicle invasion. There is a presumption that you had a reasonable fear of imminently being seriously injured or killed in a situation in which you used or threatened defensive force that was likely to kill or seriously injure another person if that person was forcefully and unlawfully coming into a home or a vehicle that was occupied.

Retain a Skillful Defense Attorney to Protect Your Rights

If you are charged with domestic violence in Florida, it is important to select an experienced attorney who understands how to develop a strong strategy to fight these charges, keeping in mind potential family law consequences. At the Law Office of Genine Ann Mejia, our principal is a skillful, experienced, and caring domestic violence lawyer serving people in Volusia County. We also represent clients in Flagler County. Contact us at (386) 463-0849 or via our online form.