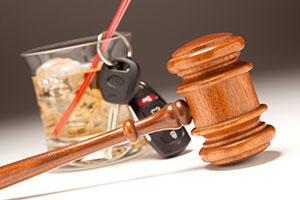 Both drunk and drugged driving are treated as DUI in Florida. At the Law Office of Genine Ann Mejia, we understand the stress and challenges that come with facing a DUI charge. If you were charged with a DUI or DWI, our Volusia County DUI lawyer is ready to provide you with compassionate and knowledgeable legal representation.

Understanding the Crime of DUI

Under Florida law, it is a crime to drive a motor vehicle while intoxicated by the influence of either drugs or alcohol. Often, chemical tests are used to establish that a driver was under the influence. There may be a delay between when you were driving a car and when chemical testing is performed. The results of a chemical test can be used to establish your blood alcohol content if you were tested within a reasonable time after being pulled over, given the facts of your situation. If your blood alcohol level is at least .08%, you will be considered to have been driving under the influence per se.

You can also be charged with a DUI without a chemical test if a prosecutor believes that there is enough proof that you were impaired to some degree as a result of consuming alcohol, drugs, or a combination of alcohol and drugs.

If you injure or kill somebody while driving impaired, your DUI conviction may not be a misdemeanor conviction but may be a felony conviction. This makes it especially important to ask a DUI attorney in Volusia County to review your case. If someone is killed as a result of your drunk driving, you could be charged with DUI manslaughter or vehicular homicide. The penalties for these charges may be exacerbated if you leave the scene rather than rendering aid.

Florida prosecutors take DUIs seriously. For a first offense conviction, you can face up to six months in jail and up to $1,000 in fines. Your driving privileges may be revoked for a minimum of 180 days, and you may need to perform 50 hours of community service. Sometimes hardship licenses are permitted.

If your blood alcohol content is .15% or more, or if you have committed multiple offenses or have been involved in accidents while intoxicated, the penalties may be more severe. Florida DUIs are considered second offenses when there is a prior DUI conviction within the last five years. For a second DUI, you can face a fine of up to $2,000, and you will face a minimum of 10 days in jail and potentially up to nine months in jail.

If you have two prior DUI convictions, and at least one of them was within the last 10 years, you will face a 30-day minimum sentence of incarceration and up to five years in jail. There are enhanced fines imposed for second or third DUI convictions.

There are different defenses that a Volusia County DUI attorney may be able to raise on your behalf if you are charged with this offense. Police must respect your constitutional rights when detaining you because of a reasonable suspicion that you have committed a crime, whether this is a DUI or another crime. In order to arrest you for a DUI, police must have probable cause to believe that you committed a DUI. Sometimes there are flaws in how chemical testing was conducted or problems with the ways in which officers conducted field sobriety tests. If we can get evidence of intoxication suppressed with a motion, it may be possible to win at trial, or it may be easier to negotiate a plea deal with the prosecution.

Discuss Your Case with an Experienced DUI Defense Attorney

Florida imposes some of the toughest penalties in the country for a DUI conviction. If you have been charged with a DUI or DWI, it is important to select an experienced DUI lawyer in Volusia County. At the Law Office of Genine Ann Mejia, our principal is skillful and compassionate, and she inspires her clients’ confidence. Our firm also represents drivers in Flagler County. Contact us at (386) 463-0849 or via our online form.